Contact US
Gas Industry Co
DESCRIPTION
Audio Conferencing
When
January 2017
Who
Matt Chapman
Audio Workshop was commissioned to design and install a teleconferencing audio solution for Gas Industry Co, Wellington. Gas Industry Co is the gas industry body and co-regulator, based in central Wellington. Their meeting room is regularly used for presentations, seminars, meetings and teleconferences.  Participants who can not be present at these meetings are able to dial in and hear the speakers and participate in the question and answers that follow through teleconferencing.  The current Polycom Star phone system with additional microphones was no longer providing the quality they wanted, with phone in participants regularly unable to hear well.
‍
Audio Workshop was commissioned to design a solution that would provide improved audio quality and capture for teleconferencing, focusing on coverage and intelligibility.

Previously Audio Workshop had provided a solution to enhance the existing telephone system.  Two wireless microphones were provided: One to capture the presenter using a wireless headset mic and a second handheld wireless mic to be handed around for questions and answers.  Gas Industry Co was now in a position to commission a permanent solution and get the better audio quality they were looking for.  We chose the Sennheiser Team Connect SL Ceiling Mic System to provide a full solution that required minimal client input and produced outstanding coverage and intelligibility.

The specific design for Gas Industry Co included: The Sennheiser Team Connect SL Ceiling Mic System, which has three components:
. The SL Ceiling Mic, designed to look like a 600 x 600ml ceiling tile
. Audio DSP Processor
. Comm's Box
‍
The SL Ceiling Mic has 29 microphone capsules inside which forms microphone beam steering. The beams zoom in on wherever the speech takes place. This microphone is different from similar products as it has an auto feature meaning the microphone's beam picks up the person speaking wherever they are in the room.  This was particularly useful for Gas Industry Co as their meeting room was used in different seating arrangements, such as classroom style, theatre style or seating around a U shaped table.  Other microphone systems would require presets, selected by the client, to try and provide the coverage required in a dynamic space.  However, if the person speaking steps out of the coverage of the preset then the intelligibility and level would be degraded.  The SL Ceiling Mic auto feature makes it adaptive to the different audience set ups and requires no input from the client.

The SL Ceiling Mic was also a good solution for the room acoustics.  The room had many reflective surfaces making it acoustically challenging.  The tight beam steering of the SL Ceiling Mic reduces the effect of the room on the audio quality substantially.

The call quality of this system is excellent and it is very easy to use.  Calls can be made through a Laptop on the network or through a WIFI connection on an IOS device.  This makes it easy to interface with the system to dial out to the conference call.

The Sennheiser Team Connect SL Ceiling Mic system provided a full solution for Gas Industry Co that met the requirements of greater connectivity and intelligibility.  It is a solution that requires little input from the client while also giving them multiple options for connecting to calls. Gas Industry Co was very pleased with the results. 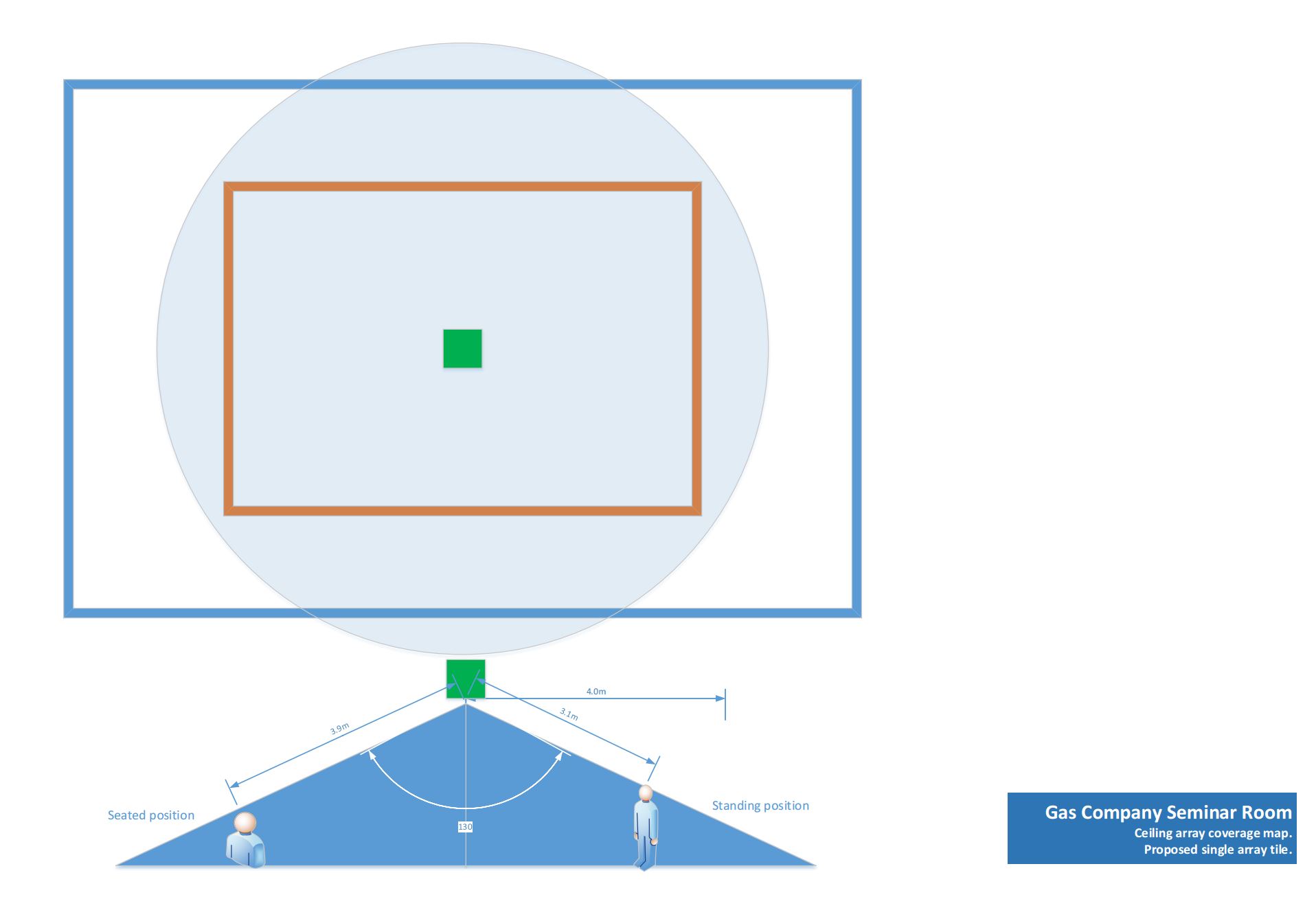 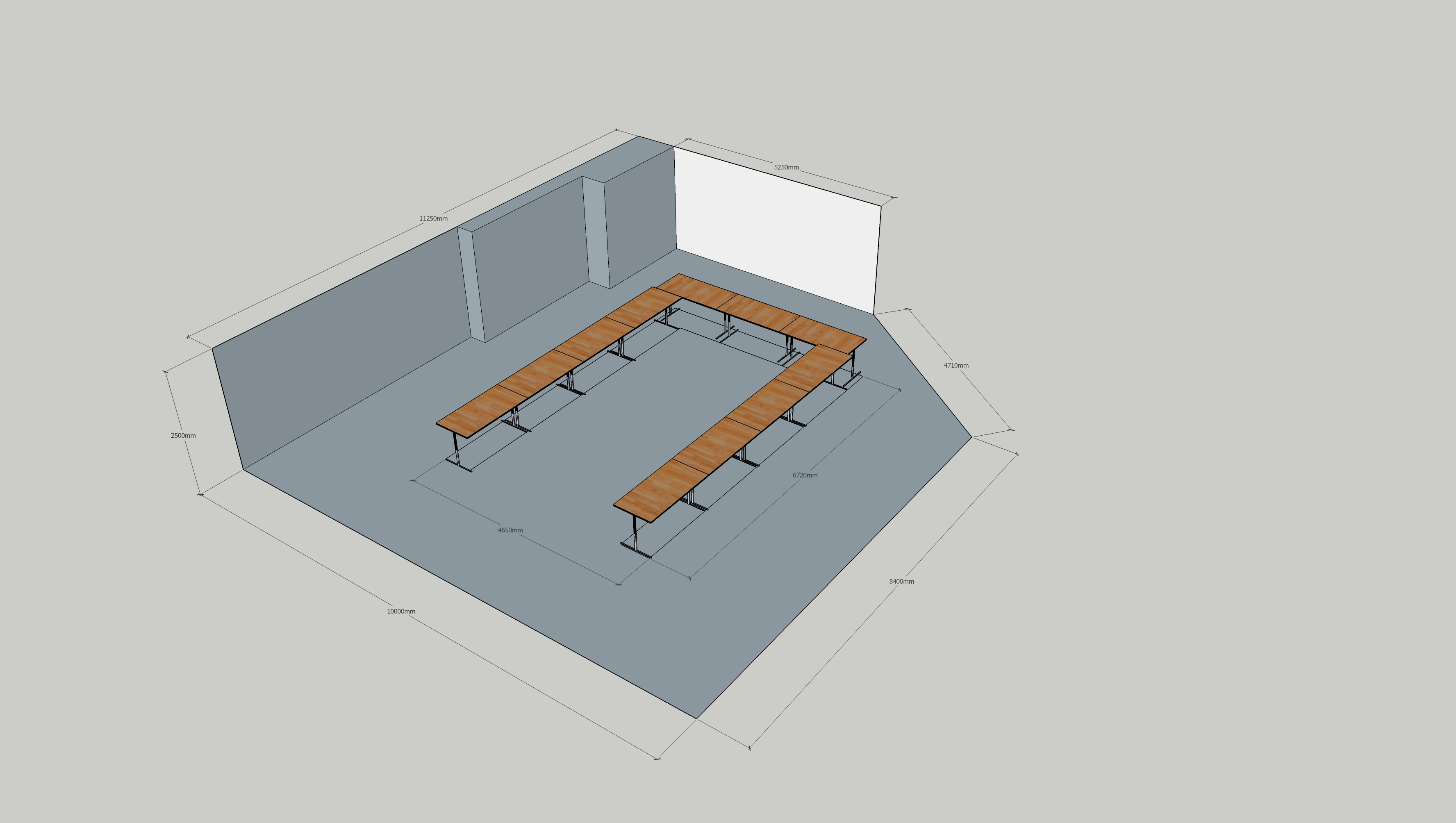 Book a free consultation
We listen to your needs and design thoughtfully refined solutions.